(FILES) File photo dated September 11, 2013 shows the logo of the social networking website ‘Twitter’ displayed on a computer screen in London. The San Francisco company Twitter announced on September 12, 2013, in a tweet, that it has submitted papers for a stock offering, the most hotly anticipated in the tech sector since Facebook’s last year. «We’ve confidentially submitted an S-1 to the SEC for a planned IPO. This Tweet does not constitute an offer of any securities for sale,» the company tweeted. Talk of an initial public offering (IPO) has circulated about Twitter for some time, and the Wall Street Journal estimated the company founded in 2006 is worth some $10 billion. Twitter has become one of the fastest-growing and most influential social media services, used widely by celebrities, journalists, politicians and others. AFP PHOTO / LEON NEAL (Photo credit should read LEON NEAL/AFP/Getty Images) 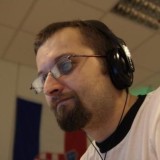